There’s a lot to celebrate this year, as 2017 marks the 100th anniversary of Finland’s independence and the 70th anniversary of the Edinburgh Festival Fringe. This is also the 7th year of the From Start to Finnish showcase. We are pleased to present you four exciting shows from Finland.

Meet Helga, cabaret diva extraordinaire! At least, she used to be… Through mime, clowning and circus, this poignant physical comedy reflects on how it feels when our bodies don’t do what they used to. Tragedy and comedy meet as Helga invites us into her world, from the mundane details of her day to the fabulous memories of her life, skilfully performed by international circus artist Henni Kervinen and directed by Jenni Kallo, Artistic Director of the renowned Kallo Collective (Only Bones, Edinburgh Fringe 2016). ‘Absurd comedy and sparkling wit…’ LapinKansa.fi.

Is the world out of joint? Who is torturing whom? How does it feel to be poor? Why is the water calling out? Where are you now, Woyzeck? A new play by award-winning Finnish playwright/ director Jari Juutinen, based loosely on Büchner’s classic Woyzeck. A theatrical kaleidoscope and a mixture of a TV game show, interrogation and a Kafkaesque nightmare, it asks where the world is going now as we define our neighbours by colour, religion, nationality – or just our day-to-day prejudices or intuitions. 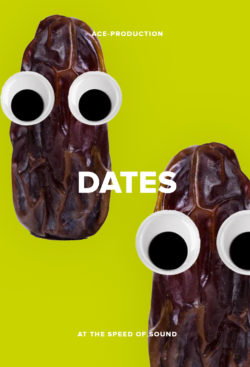 From Helsinki, a brand new speed-dating concept for theatre-lovers. Relax and enjoy one of two sparkling comedies about first dates in restaurants, from prolific Finnish screenwriter John Lundsten. Then, take part in a session of super-sonic, high-energy, low-risk speed-dating, hosted by our actors; the perfect way to find that soulmate/casual partner/festival pal or simply experience a bunch of encounters with random fellow humans in a congenial setting (delete as applicable!)Your ticket includes the show, speed-dating session and fast-track notice of any mutual attractions. All genders and ages (18+) welcome. 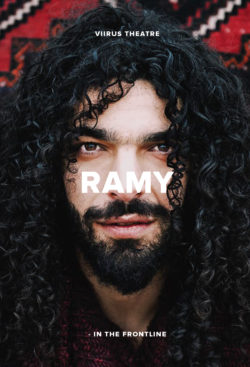 Tahrir Square, 2011. The Arab Spring. 22-year old Ramy Essam stood singing battle songs with hundreds of thousands of other protesters, insisting on the resignation of President Mubarak. He became an iconic representation of the Egyptian people. Since then the violent events of the revolution have had a drastic impact on Ramy’s life and values. Today he is exiled in Finland and Sweden, where he was offered sanctuary. He now tours internationally with his songs about democracy and peace. This is a live report where the audience gets to meet Ramy and bears witness to his testimony.